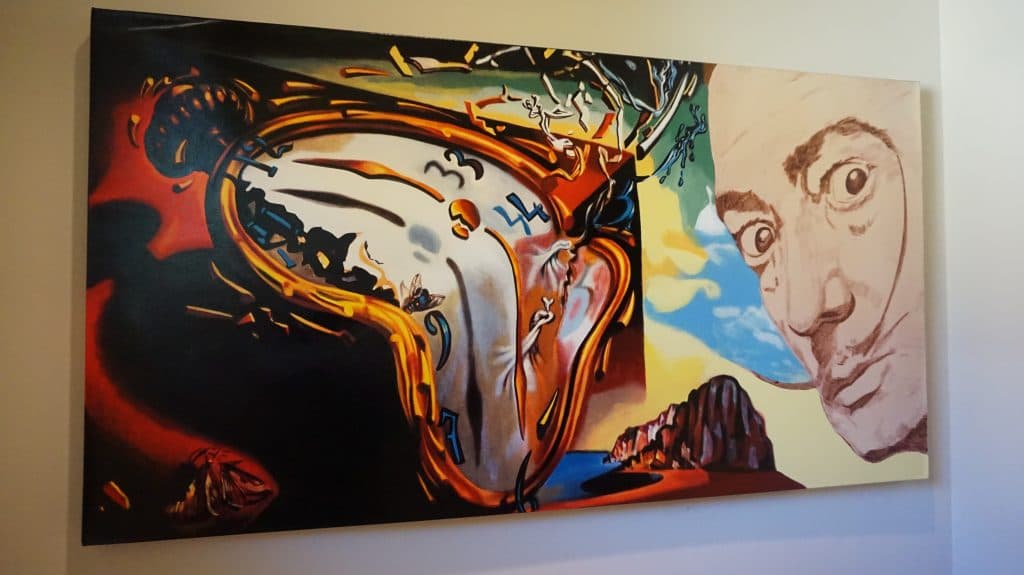 Steve Kaufman was a former assistant to renowned Pop Artist Andy Warhol.  Steve Kaufman, a.k.a. SAK, is considered one of the most important and talked-about Pop artists or our time. Steve Kaufman’s first one-man show was at a bank in the Bronx. The paintings were donated to the Jewish Holocaust Museum of Art in Brooklyn. In 1972, Kaufman was chosen along with nine other students from NYC to participate in a cultural exchange between Japan and the U.S., and was soon awarded a scholarship at Parson’s School of Design for fine art and design. Kaufman later enrolled in the School of Visual Arts in New York and soon met Andy Warhol. Kaufman became Warhol’s assistant at The Factory – Warhol’s famed fine art publishing studio – Warhol was to have a profound influence over the artist’s later work.

The impact of celebrity on contemporary culture intrigues Steve Kaufman. Famed faces of art, music and film are often the subject of his artwork. Kaufman seeks to discover society’s common denominators in his artwork – the elements and individuals who generate an immediate response from the viewer. Kaufman is an artistic journalist commenting on history, both past and present. His dynamic style often combines images of the world’s icons with visual tapestries woven out of landmarks or other related references to their celebrity.

Steve Kaufman delivers his perspectives in highly refined, fine art serigraphs, allowing for greater fluidity and definition in his images. Kaufman returns to each silk-screened canvas to add painted embellishments, making each serigraph in the edition a unique work of art.

Steve Kaufman has always reflected his concern for the world around him in his work, benefiting such causes as AIDS, gang violence and homelessness. Instead of hiring actors or other illuminati as Warhol did, Steve Kaufman hires gang members from the streets of LA to work in his studio as assistants.